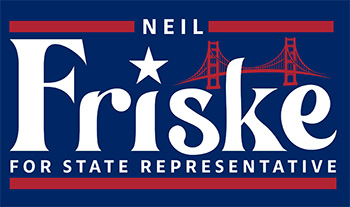 Neil Friske, born in Petoskey and raised near Charlevoix on the family farm, Friske Orchards, is a respected life-long resident of Northern Michigan. He graduated from Ellsworth High School and spent two-thirds of his life working on and running the family farm. For over a decade, Neil and his brother, Richard Jr., were second-generation partners in the family operation. Currently, Neil owns and operates Friske & Sons Property Management in Charlevoix. When he’s not hard at work, he spends as much time as possible with family. He has four grown sons and is a delighted Opa of three beautiful grandchildren.
Read More 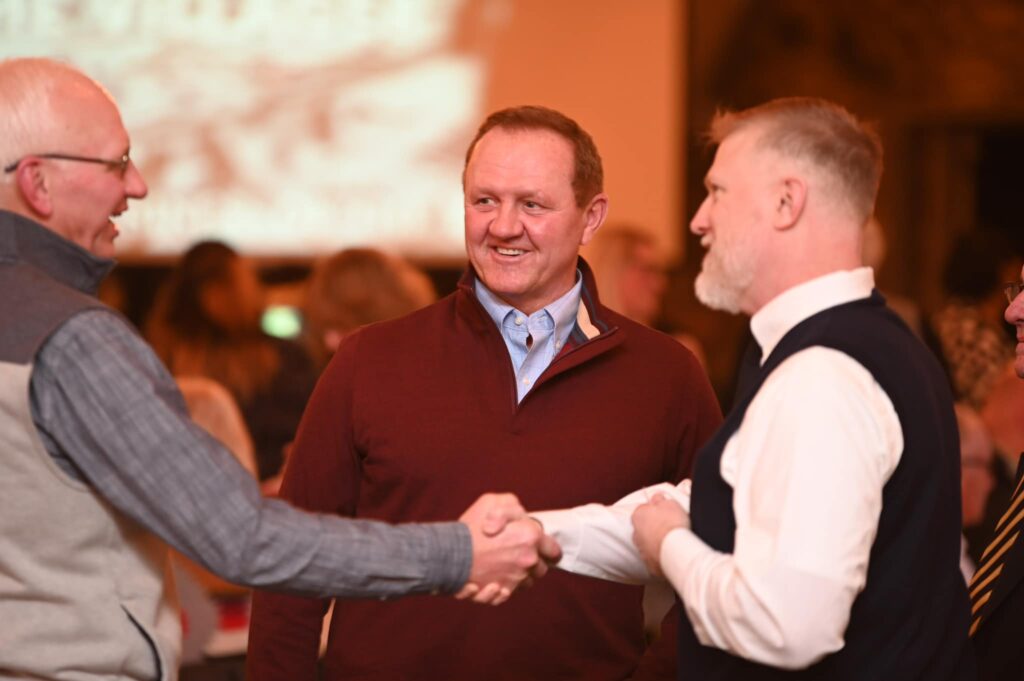 Together, We Can Make America Great – Again.

Truly great leaders lead with prayerful wisdom and humility, with a servant’s heart, with a listening ear, with transparency and dedication to those they are serving, with a formidable work ethic, and with an unrelenting conviction to uphold all people’s rights and freedoms. I will be such a leader – for you, for your families, for this beautiful state.

Together, we can put ourselves first – our children, our schools, our communities, our elderly, our veterans, our livelihoods. Together, we can be a voice for the voiceless – upholding the sanctity of life. Together, we can hold the line – against government overreach, against Big Corporation and Big Tech monopolies, against the loss of any and all freedoms. Together, we can make a difference – for our families, for our future, for our state, for everyone. Together, we can dream new dreams – and make them a reality. Together, by God’s grace, we can lead – boldly and relentlessly, with wisdom and conviction, with grace and humility.

Happy #ConstitutionDay 📜🖋
At 4400 words, it isn’t long. But it’s powerful ideas – limited government, checks and balances, respect for the states – have inspired nations and secured liberty and prosperity for generations of Americans. American founders risked everything for our freedoms.
It’s one of the world’s greatest accomplishments.
It’s time for TRUE #patriots across America to stand up and fight for these principles that the brave leaders outlined for us so many years ago.
As your next state representative I will ALWAYS stand for its principles and stand for and defend our Constitution. 🇺🇸 ... See MoreSee Less

Kent County Stand Up had a huge turnout out earlier this week which I was honored to be a guest at.
Thanks Michael for inviting me down. It was great to see so many fired-up patriot people gathered who are INVOLVED in politics. From school board and county commission candidates to State House candidates Angela Rigas and Lisa DeKryger and also enjoyed hearing our next Governor, Tudor Dixon, speak.
Before heading back up north, I went and visited Marlena's Bistro and Pizzeria, who had the guts to stand up against the state mandates and stay open for business too! ... See MoreSee Less

Who loves their Truestream?
Thank you Great Lakes Energy/Truestream for inviting me to a presentation at their facility in Boyne City where I was able to learn more about the services they provide to their members which includes a large part of the 107th District!
Thank you so much for your investments and commitment to the rural communities you serve, and for providing high-speed broadband service to so many people who either had no prior service or very limited, poor service.
I look forward to a great relationship with you moving forward as your next State Representative, and helping you with the support you need from us at the state level.
Thank you to Shaun, Shari and Susan for being so kind and hosting me! ... See MoreSee Less

Thank you to all the first responders who joined us today. It’s because of patriots like you that our communities are safe. We will never forget. ... See MoreSee Less

I think I saw Gretchen Whitmer’s husband go by in his boat! ... See MoreSee Less

Took a trip from my hometown of #Charlevoix to #BeaverIsland today, and the water and weather was as beautiful as ever! I visited Dalwhinnies Bakery & Deli and went to the Beaver Island Irish American Hall of Fame Inductees Ceremony, meeting many great people in this special community! ... See MoreSee Less

I am pleased to announce that I have received the endorsement of NFIB Michigan (National Federation of Independent Business). As I’ve stated many times, I am pro-small business, especially Northern Michigan small businesses! 🇺🇸

Statement from NFIBMI:
“After a careful review of the candidates, it is clear that Neil Friske is ready and willing to fight for the rights of our members to own, operate, and grow their businesses. The NFIB MI PAC is enthusiastic in its support of Neil Friske and wish him success in the upcoming election. NFIB will encourage its members to be the voice of small business and vote for candidates like Neil Friske this November.” ... See MoreSee Less

Gorgeous day at the #mackinacbridgewalk #2022! I joined in to support Kristina Karamo for Secretary of State at her campaign tent 🛴
I hope everyone has had a nice Labor Day weekend! 🇺🇸 ... See MoreSee Less

Proud of all the kids and organizers of the #ChippewaCountyFair! I had a great time meeting people and experiencing all their hard work. See you at the #mackinacbridgewalk tomorrow morning! ... See MoreSee Less 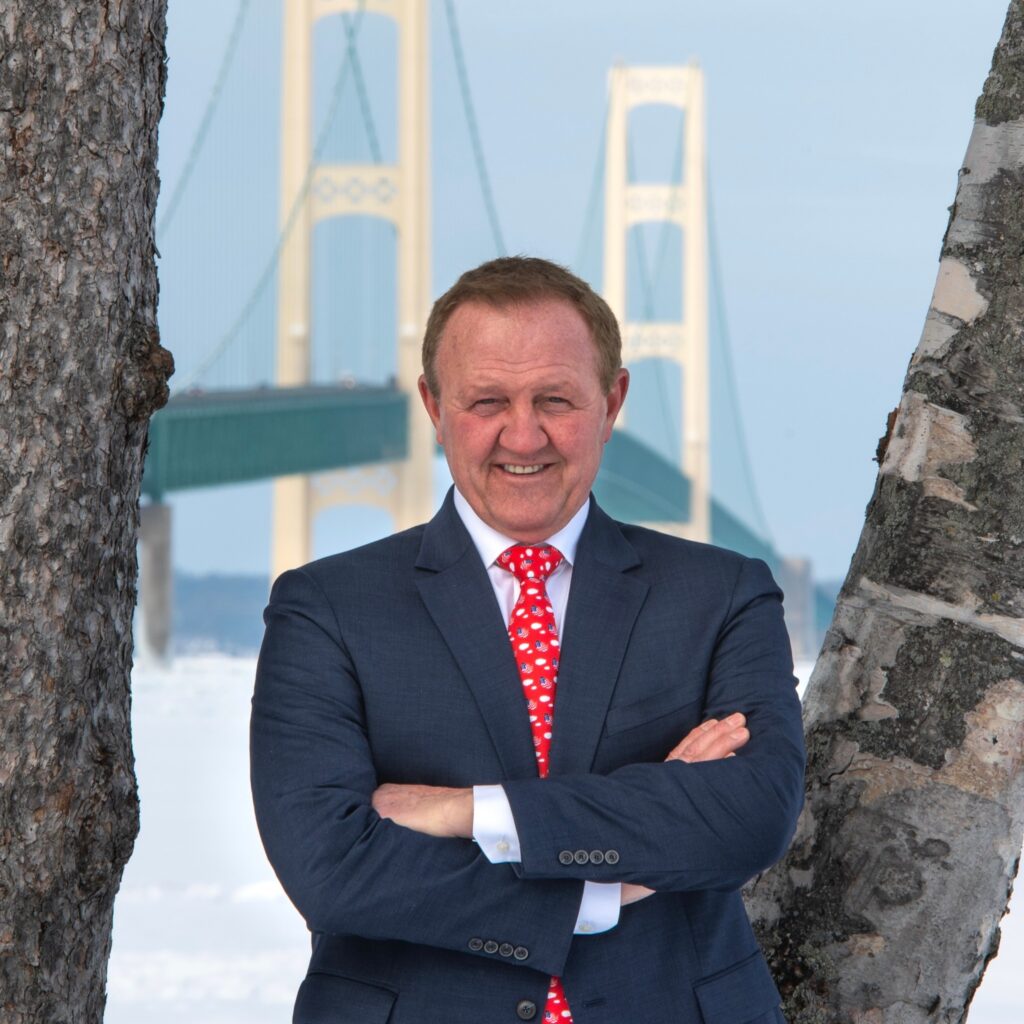